The Importance of Having a Web Application Vulnerability Management Plan

With the Internet, anything is possible, at least that’s how it appears. However, the real power behind much of the Internet came to fruition with the rise of web applications in the late 1990s. Although web applications existed before the 1980s, they evolved into much more complex programs by the turn of the century and have progressed even more with mobile devices.

Now, new applications launch every day; some become obsolete and die, and some launch and dominate the market. The G-Suite alone, Google’s popular set of applications, provides numerous services from email to documents to spreadsheets to schedules. Yet, with the rapid turnover rate and high traffic/usage of such apps, security sometimes takes a back seat. A 2015 study found that almost all of the participants had experienced a Web Application breach within only one year.

As threat awareness increases, web security researchers and industry leaders hope more entities will implement an action plan for securing the web application environment. Do you know the importance of having a web application vulnerability management plan in place for your company? Read on to find out more.

Why is a Web Application Vulnerability Plan Important?

The benefits of web applications are numerous, including flexibility, scalability, and increased redundancy. Since clients operate via a web browser, the computer type or operating system does not affect accessibility (e.g., Google Docs can be accessed on any computer as long as there is Internet connectivity). In theory, all that matters is Internet access (and sometimes a particular browser). Location no longer limits access nor do device types affect usability. This allows employees to work from different locations and collaborate at any hour of the day. Likewise, developers possess the power to tailor and scale web applications based on a business’ needs. 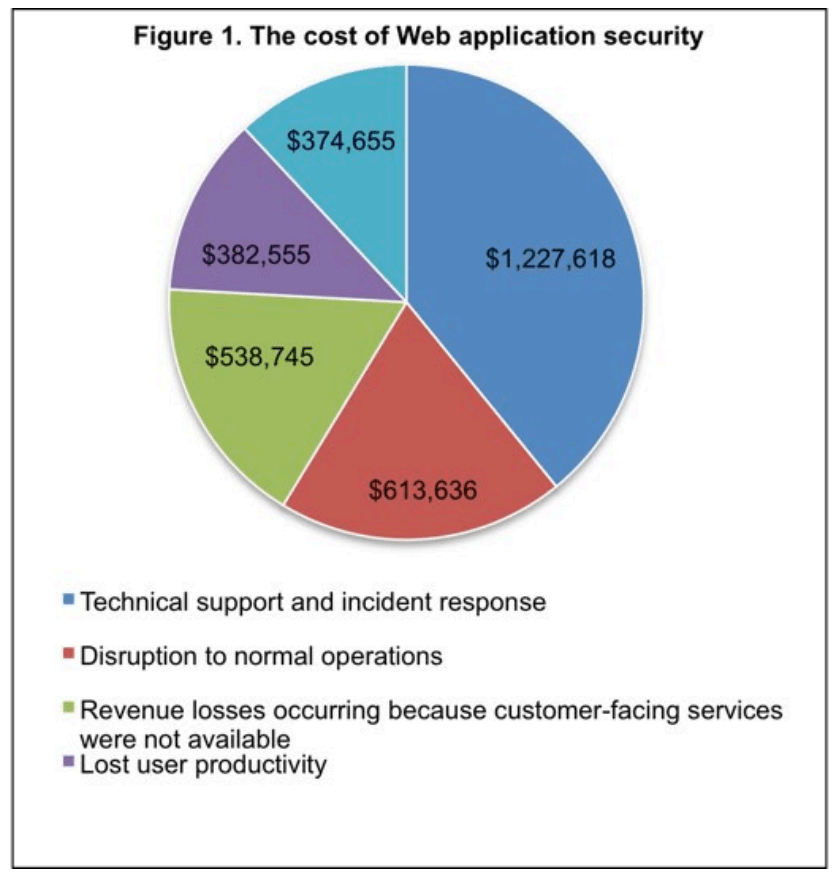 However, the dispersed nature of web application compatible devices expands the threat surface entities must worry about. Security strategies should address the entire interconnected system with access to a web application (i.e., any potential entry point for a threat actor). Consequently, proactively formulating a web security plan, rather than relying on reactive measures when a breach occurs, will likely improve an entity’s reputation and reliability as well as reduce damage costs.  A Ponemon Institute study reported web application attacks cost approximately $3.1 million per year, with the greatest drain on resources stemming from incident response and technical support. Even more concerning is the amount of data linked to web applications. One breach can affect millions of people, leak staggering amounts of PII, and destroy client-customer trust quickly. In short, developing a web application security plan is both monetarily and PR savvy.

In order to best protect web applications from security issues, it’s important to “know thy enemy” or at least the most common means of exploitation. The Open Web Application Security Project (OWASP) publishes reports on web application vulnerabilities. In 2017, OWASP listed the following points as the top ten web application security risks.

In addition to detailing the risks to web applications, OWASP provides numerous resources and recommendations for developing a security plan. With each of the above vulnerabilities, OWASP describes how to check for vulnerabilities, outlines attack examples, and details how to prevent each particular attack. However, there are some overall security aspects to consider when creating a web application vulnerability management plan including awareness, planning, implementation, management, and testing. 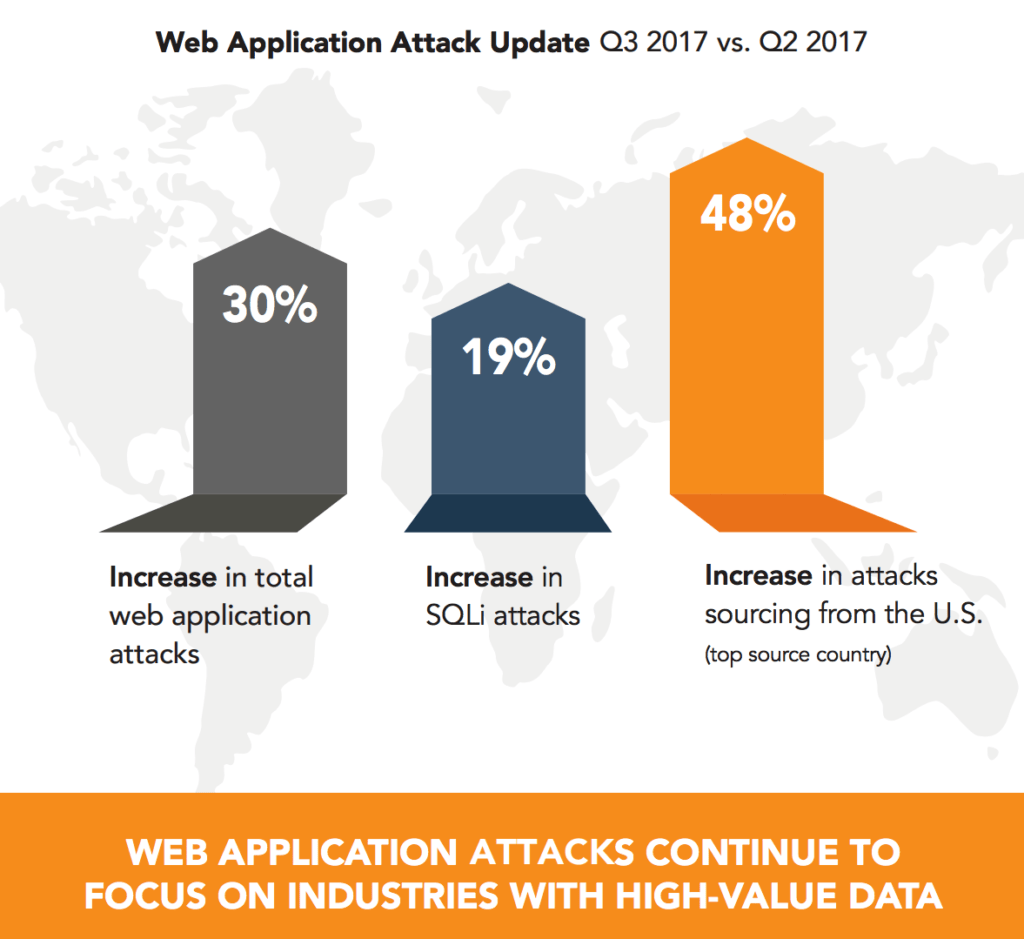 The power of planning and organizing cannot be overstated. Putting adequate effort into the planning phase increases the likelihood of a well-developed and effective security plan, rather than engineering quick fixes later in the process. To start, entities should consider where their current security policies succeed and where they fail, with a particular focus on web applications. After analyzing existing policies, create a threat matrix mapping the most at risk threat vectors. Brainstorming is a key aspect of the threat matrix process that allows employees to challenge security assumptions. Furthermore, a certain amount of imagination when considering threats may lead to a breakthrough and highlight a previously unknown vulnerability. The next step focuses on formulating a plan around the vectors deemed most at risk. A sound plan will save resources and strengthen security weaknesses.

After selecting which security tools to put in place, entities must begin the implementation, management, and testing phases. All three of these steps are fluid, and communication should go back and forth between those working in the different phases. As new applications are launched or implemented, new methods should be examined to increase security. For example, the first tool to implement will likely be a Web Application Firewall (WAF).

WAF implementation should be a priority before launching or using a web application, since it is arguably one of the first lines of defense against threat actors. WAFs provide a barrier, or check point, between a user’s browser and the application. Unfortunately, research suggests enterprises fail to understand how WAFs operate and, consequently, implement them incorrectly. Additionally, entities sometimes spend minimal time on WAFs, as their focus centers on performance over security.

After implementing WAFs and other chosen security measures, testing should be an on-going task that focuses on proprietary (internally-designed) applications as well as any externally sourced applications (e.g., open-source applications used in a system). While WAFs defend the perimeter of a web application environment, examining authentication processes, access, and any third-party components will further strengthen internal security.

Due to the dynamic nature of WAFs and the time-consuming effort of security testing, managing these systems and safeguards requires significant time and resources. When Ponemon Institute surveyed prominent web application entities, 60% of respondents said they believe at least 3 to 5 people should be designated on WAF implementation alone. Subsequently, it is recommended, if possible, that entities designate a set group of employees to monitor each or several security aspects (e.g., two employees solely focus on WAFs) rather than simply lumping security responsibilities in with other departments.

What to Do Next

What Is Threat Intelligence Monitoring?

What Are Managed Antivirus Services and Solutions?

What is Information Risk Management in Cybersecurity?

The 7 Phases of Incident Response for Healthcare...

Does Your Company Need an MSSP?