PA-DSS Listing Expiry Dates: What to Know & Preparing for SSF

For payment application software developers, vendors, or retailers, compliance with the PA-DSS— and now the PCI SSF—is critical to keeping sensitive PCI data safe as it is processed through these applications. So, what are the PA-DSS listing expiry dates and how do they affect your business operations? Read on to learn more.

How do the PA-DSS Expiry Dates Impact Your Business?

Over the years, the PCI Security Standards Council (SSC) has released various versions of the PA-DSS. Most recently, the PCI SSF was released and is currently considered the gold standard for securing data processed via payment application software. After providing an overview of the PA-DSS, this blog will outline the PA-DSS listing expiry dates across:

Compliance with the requirements listed in the PCI SSF will safeguard sensitive PCI data from data breach risks, especially when guided by a PCI compliance advisor.

What is the PA-DSS?

The PA-DSS Requirements are derived from those in the Payment Card Industry (PCI) Data Security Standards (DSS) and apply to any entity that develops payment applications involved in the storage, processing, or transmission of CHD and sensitive authentication data (SAD).

PA-DSS compliance is mostly applicable to vendors or developers of payment applications who may not be required to comply with the PCI DSS.

However, compliance with the PA-DSS positions these organizations to align with the PCI DSS Requirements and minimizes the risks of data breaches to CHD and SAD. Notably, the PA-DSS does not apply to payment applications developed for sole use by a single customer or those developed for in-house use.

Released in March 2016 and effective in June of the same year, the PA-DSS v3.2  was the most recent PA-DSS version before the framework transitioned to the PCI SSF.

Some of the major changes from PA-DSS v3.1 to v3.2 included updates to:

Although the PA-DSS v3.2 provided robust payment application security, there was still a need to meet the security demands of evolving technologies in the software application space. To meet these needs, the PCI SSF was developed.

When was the PA-DSS V3.2 Expiry Date?

Prior to this date, the PA-DSS remained valid to minimize business disruptions and to enable vendors, developers, and businesses to transition to compliance with the PCI SSF framework.

Released in March 2015 and effective in June of the same year, the PA-DSS v3.1 was a minor  update replacing PA DSS v3.0. The transition from PA-DSS v3.0 to v3.1 included changes like:

When Was the PA-DSS V3.1 Expiry Date?

Compared to version changes from v3.0 to 3.1 and v3.1 to 3.2, the v2.0 to 3.0 changes were significant and improved the overall security of payment applications.

When Was the PA-DSS V3.0 Expiry Date?

Like the transition from PA-DSS v2.0 to 3.0, there were significant updates to v2.0 from v1.2 when it was released. The changes from PA-DSS v1.2.1 to 2.0 included clarification that:

When Was the PA-DSS V2.0 Expiry Date? 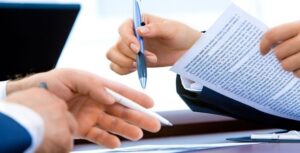 Overall, the PA-DSS has evolved over time, with each version improving data security and minimizing potential risks to payment applications handling CHD and SAD. Its structure and requirements have also remained similar over time.

When Was the PA-DSS V1.0 Expiry Date?

The Importance of PCI SSF

Most importantly, the PCI SSF helps these organizations strengthen the security controls they currently implement across software assets and ensures these controls meet the minimum standards recognized by the card payment industry. Compliance with the PCI SSF will help you:

Becoming and remaining compliant with the PCI SSF starts with identifying software assets within PCI scope. With the help of a trusted and experienced PCI compliance specialist, you can then implement recommended PCI SSF controls to secure these assets.

With the PA-DSS listing expiry dates listed above, you may be wondering how to transition to the latest version of the PCI SSF to benefit from its protection for your payment application software. Partnering with a PCI compliance advisor like RSI Security will help you get started with meeting the PCI SSF requirements.

Assess where your organization currently stands with being PCI DSS compliant by completing this checklist. Upon filling out this brief form you will receive the checklist via email.

Breaking Down The Requirements for 23 NYCRR 500