What is Cloud Encryption?

Over the past years, online data privacy has been one of the most prominent topics in the field of information technology. The unstoppable transfer of data from analog to digital devices and applications means our data is more susceptible to risks and vulnerabilities. Several examples of data breaches had impacted many consumers such as the Equifax controversy which affected a hundred million users in just a short time.

In this article, we will be tackling one of the most effective tools to protect our data — cloud encryption. Using the cloud with any cloud storage providers, anyone is able to log in anywhere with Internet access to upload and retrieve their data. But some cloud storage providers don’t offer effective data protection options including cloud encryption.

What is cloud encryption?

Cloud encryption is the process of encoding or transforming data before it’s transferred to cloud storage. Encryption uses mathematical algorithms to transform data (plaintext), may it be a text,  file, code or image, to an unreadable form (ciphertext) that can conceal it from unauthorized and malicious users. It is the simplest and most vital way to make sure that cloud data can’t be breached, stolen and read by someone with an anomalous motive.

Cloud storage providers encrypt data and pass encryption keys to the users. These keys are used to safely decrypt data when needed. Decryption transforms the concealed data back into readable data.

Basically, the data that’s encrypted has three types: in transit, at rest and in use.

Data-in-transit. This type of data is also known as “in motion.” This is the data that is being transmitted from one place to another. It’s best to put in mind that the data transfer does not only take place between the sender and the receiver. For example, when we move any data from our laptop or PC using our LAN, we are conducting data transfer involving only us, a single party. On the other hand, when we have a transaction with a distributed database (e.g. blockchain), we perform a data transfer between the unspecified amount of parties.

Data-at-rest.  This data is saved somewhere without being used or transferred to anyone or anywhere, which includes human beings, thirds-parties, software, among others. There are devices or units that this type of data can be stored or contained. This includes database servers, system folders, mobile devices, USB pen drives, Network Attached Storage, local Hard Drives, and any physical or logical storage system.

Data-in-use. The data is intended to be in use when it is not stored in external storage or hard drive but is processed by one or more applications. This means that it is in the process of being erased, appended, updated, viewed, or generated. Basically, data in use are prone to different kinds of threats and vulnerabilities depending on who is able to access it or where it is located in the system. This kind of data is difficult to encrypt because it will possibly crash the application which has access to it.

There are two methods used to code and decode data, and these methods ubiquitously evolve as the field of information technology changes its ways of data protection and privacy security. These are also called encryption algorithms. These methods are as follows:

In this method, encryption and decryption keys are the same, which makes it best for closed systems and individual users. These keys are used to secure communication. This is also known as the secret key algorithm and is usually used for bulk data encryption. This is easily and quickly implemented by hardware and faster than the asymmetric method. However, anyone with the key can decipher the data even if it’s not for them.

In this method, two keys are used (private and public) and they are mathematically linked together. It is called asymmetric because they keys are paired with each other but aren’t alike. The private key must be kept hidden and secret, but the public key can be shared with anyone.

Why is Cloud Encryption Needed?

Cloud encryption is needed because its main aim is to secure and protect confidential information as it is transmitted through the Internet and other computer systems. The best way to evaluate an organization’s security and privacy status is through the CIA triad. This stands for Confidentiality, Integrity, and Availability.

Traditionally, the field of information technology only focuses on the availability of the data and its integrity. IT does not give enough thought on data confidentiality. This is why cloud encryption should be used by any organization.

Moreover, encryption is not just used to protect data and its confidentiality. In its core, digital data is meant to be transmitted and encryption is needed to perform the transmission in a safe way. Users want to ensure that their information is secure when transferred to another user and that the other user is who they intend to send the data to and not any malicious attackers.

If implemented correctly, encryption is not really that complex. Instead, encryption can be beneficial to accomplish flexibility, data privacy, and compliance that is required for any organization. If an organization is considering cloud encryption, it will benefit from the following advantages:

1. Complete data protection at all times

When data is being transferred or stored, that’s when encryption works. This is an ideal solution no matter what is being done with the data. Typically, data is most weak and prone to vulnerabilities when being transferred from somewhere to somewhere else. Encryption ensures security during this process.

Encryption is one of the most secure tools to share and save data as it complies with the restrictions proposed by an organization. These standards and regulations include FIPS (Federal Information Processing Standards), FISMA (Federal Information Security Management Act), HIPPA (Health Insurance Portability and Accountability Act of 1996), and PCI/DSS (Payment Card Industry Data Security Standard), among others.

Many kinds of communication devices are vital parts of our lives nowadays. Transfer of data from one device to another poses high risk and vulnerability that’s why encryption can help protect data across multiple devices.

Hackers also benefit from altering information to commit fraud, not just from stealing data. It is possible for these hackers to change and modify encoded data. However, receivers of the information have the ability to identify if it is corrupted, allowing for an immediate response and solution to the attack.

It’s a top priority for an organization to keep its data protected. Just following a few preventive measures while encrypting data can strengthen its security and privacy. The following are encryption tips and best practices to protect and keep an organization’s information safe in the cloud.

First, an organization should encrypt its data before uploading it. It’s best to make sure to encode the data beforehand if the cloud service providers do not automatically encrypt the information. An organization can always use third-party encryption tools that provide encryption keys to files so that its data is encrypted before putting it into the cloud.

The second best practice is backing up the cloud data locally. If the data is stored in the cloud and is corrupted, an organization can always rely on locally saved versions. Choosing to store the data on a separate cloud is also a good tip. For example, if the organization is using Google Drive exclusively, it should back up important files using Dropbox.

Another tip is to secure access with cloud cryptography. Cloud cryptography is another tool to protect an organization’s cloud computing architecture. Cloud computing services providers implement cryptography to provide a layer of encryption that is based on the Quantum Direct Key system. This means that this layer of information enables safe access to whoever needs shared cloud services.

Another tip to use encryption better is to protect data in transit and at rest using CASB (cloud access security broker). This is another tool to encrypt data and control encryption keys. It provides a single point of access and visibility control into any cloud app. A cloud access security broker facilitates the connections between the general public and cloud apps using proxies and API (application program interface) connectors.

Even if encryption is the best tool for data protection in the cloud, it’s best to assume that there is no perfect approach when it comes to privacy and security. Just like any other tool to combat vulnerabilities and threats in cyberspace, there are challenges that an organization or user may face by using encryption. These are as follows:

Here’s the downside about encryption, if a user himself loses his decryption keys and has no backup copies of the data, it’s just no different from literally losing data and destroying it. Like any prevailing tool, any user or organization should use encryption with care so that they will not end up risking themselves.

When using encryption to protect devices, files, and disks, the key is usually a password that’s chosen by the user. Human passwords are easier to invade and hack unlike other solutions like AES-256 (Advance Encryption Standard) which involves long random keys.

For everyday users, some encryption programs are too complicated and they may end up using it improperly. This could lead to failing to encrypt data that they want to secure and encrypting data that they did not want to encode. The complexity of encryption also takes processor time on the computer. The more complicated the encoding, the longer it is to process. 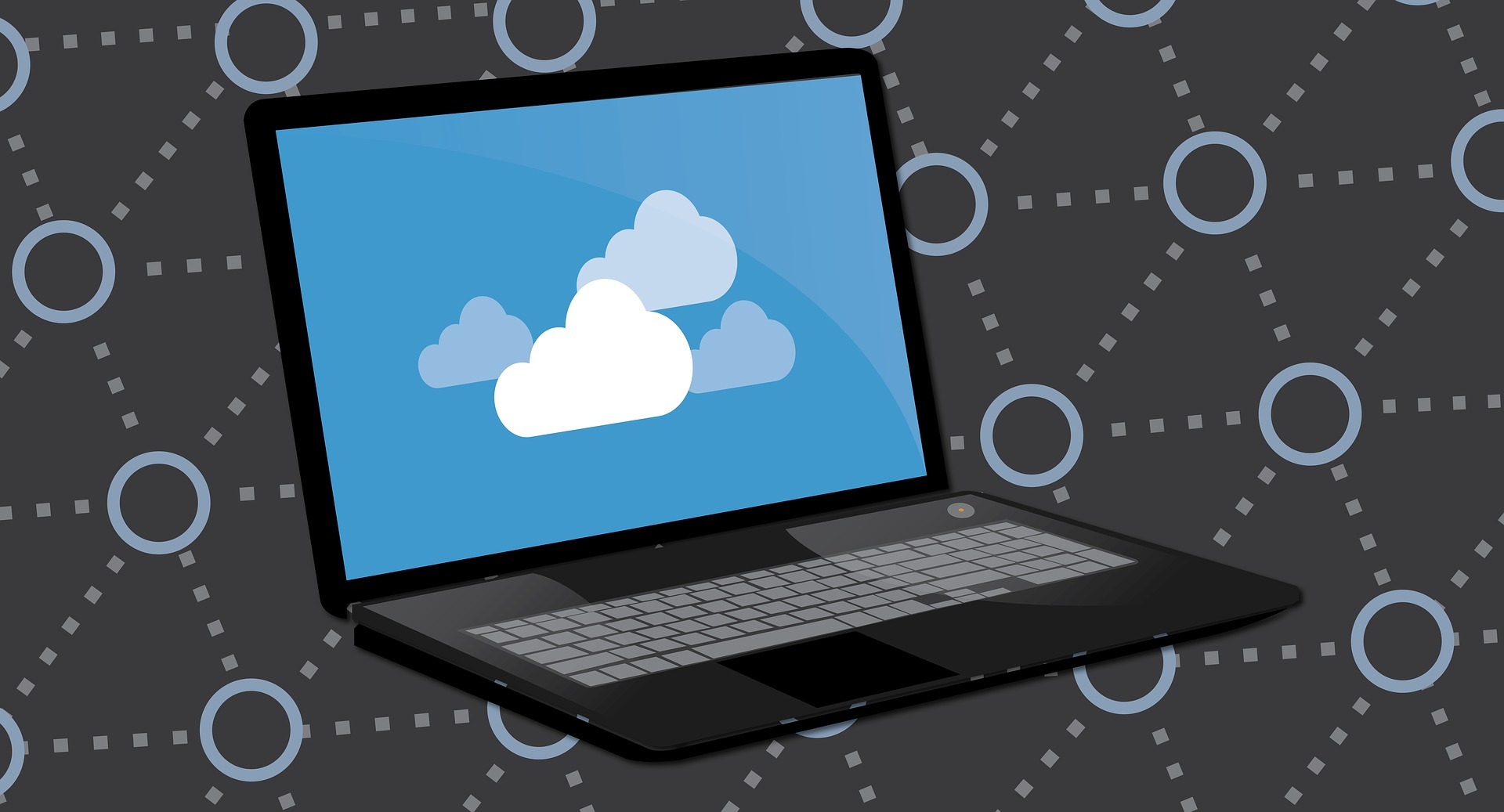 While there are cons and challenges associated with cloud encryption, standards, regulations and security requirements by organizations make it a need. Security professionals would agree that encryption in the cloud is a crucial approach to information protection. Furthermore, cloud service providers offer various encryption applications to fit a diverse range of budgets and data protection necessities.

An organization should take advantage of the benefits of cloud encryption by taking time to understand its data protection needs, and researching the right and effective encryption services provided by different vendors in order for the organization to avoid putting itself at risk. Contact RSI Security today to get started.

How to Boost Your Cyber Security With Email...

Is It Safe To Store Personal Data On...

The Cloud vs. SaaS: a Complete Guide

Importance of Encryption in the Business World