How To Conduct Cloud Penetration Testing

To overcome the hacker, you must think like a hacker. The best cloud penetration testing has you looking through the lens of a cyber attacker.

Peek inside the mind of a hacker and learn how you can best conduct a cloud pen-test.

What Is Cloud Penetration Testing

If your organization has ever carried out a regular systems penetration test or a red team exercise, cloud penetration testing will feel familiar. There are some key differences in cloud pen-testing, mostly available tools and whether the cloud is private or public. But the planning and execution widely remain the same.

Essentially, penetration testing of any kind is a preparedness audit. It is a way to simulate a cyberattack on your information system and a way to scope out vulnerabilities. They are a great way to test the resilience of a system.

As mentioned prior, conducting a penetration test takes a bit of acting; you must put yourself in the shoes of a hacker. With this sentiment in mind, the best way to test the resilience and security of a system is to try and crack it yourself.

This way, you will discover vulnerabilities before attackers do, keeping you one step ahead of them. It is best to have a plan in place to carry out pentests regularly. Finally, you should always conduct a cloud pen-test after any updates to the network; this is so you can avoid zero-day attacks.

For this, you will need a plan to execute the pen-test. It is best to have an attack and defense scenario ready to test automated defense systems while also having the potential to discover vulnerabilities.

However, there are some key differences between cloud penetration testing and regular systems pen-testing. The primary difference comes from the cloud provider’s policy.

This factor can make cloud pen-testing complicated unless you run a private cloud. Most cloud providers will allow you to carry out a pen-test given enough notice.

Running a cloud pen-test without warning your provider could result in a network shutdown. As on their systems, it could appear like a DDoS attack. Secondly, most public cloud infrastructures act as a block of apartments, and you are merely renting space in that block.

Carrying out an unauthorized pen-test is like drilling a hole in your floor and causing a leak in your downstairs neighbor’s apartment; it’s not very nice. So a cloud pen-test will slow down the services for other users.

With adequate notice, providers are more likely to let you pen-test your network.

Ensure you are familiar with the provider’s policy and that your organization would not be breaking any potential laws.

But let’s say your provider gives you the green light; what’s next?

The pent-test plan essentially acts as the parameters for your experiment. This will be the barometer you measure at the end of the test to see how well you performed.

Depending on what you are trying to test, the parameters will vary, but there are some general points that cloud pentesting should cover.

You will want to:

The plan of action may change depending on your industry, whether the cloud is public or private, and what resources are available to you. Even with limited resources, it is advisable to conduct a pen-test that suits your budget, as it can still generate value.

Execute The Plan, Analyze The Response

With a plan in place, the next step is to choose a time agreed upon by the team and execute the test. Once you have decided on a time with the cloud provider and with the pen-test team, you simply observe the outcomes during execution.

Most of the pen-testing tools are automated and require little input to manage once executed.

The whole point of the pen-test is to see how the system reacts to a simulated attack. And the primary “cogs” of the system are either people or processes.

If you have decided to conduct a blind test, this will be the moment you should observe your staff’s behavior. Generally speaking, if your organization has some security policy in place and has been regularly training staff in security awareness, most should follow procedure and escalate the threat to the organization’s proper authority.

It is conceivable that the staff have little to no security awareness. In this case, use the pen test to create a staff awareness training program based on their reactions to the pen test.

Please do keep in mind that the pen test is a simulation intended to find vulnerabilities. If you find some of the staff breaking protocol, use it as a teaching opportunity.

Document any anomalies within the staff behavior:

This documentation will be used in the reporting later.

You should be observing the processes in tandem with staff observations, as the test will be running on the information system the staff is using. Generally, the kind of things to keep a note of is:

These are some of the questions your organization should be asking itself. The types of things you should be monitoring will change depending on the kind of test your running, the organization’s industry, and other such factors. Take some time during the planning phase to flesh out the observables.

Once you have made your observation and documented them correctly, it is time to move onto the pen-test’s final stage.

It is now time to report the findings of the pen-test so you can make the necessary changes. In this phase, you will want to consolidate all the data and documentation into one place and analyze it with the team.

You should be referring back to the parameters set out in the planning phase to give you quantifiable evidence on what went wrong and what went right.

Check to see if the parameters held up to the penetration test. For example, if you were testing specific APIs that interface with the cloud infrastructure and one of the pen-test tools returns a successful breach event after using the third-party API to gain access to the system.

This result means the parameter failed. It should be marked as a vulnerability that will need to be patched or discarded.

If the parameters held up to the test, you could mark it down as a successful defense. In these cases, you will not have to do anything about this as it is not a vulnerability, but it is good to take note of the victories.

Once you have taken note of the results, it is time to patch, delete, and fix any issues that have been reported. This is the most vital step of the process. These vulnerabilities could vary from minor operation damage to full-scale organizational shutdown.

And you should prioritize the vulnerabilities that pose the highest risk to business operations.

Given that the test is a cloud pen-test, it is likely that some of the vulnerabilities will not be client-side. This means you will have to contact the cloud service providers and notify them immediately of any vulnerabilities found, as it could affect anyone using the services.

In these cases, it is best to cease any cloud service use, if possible, until the vulnerability is patched. It would be in the cloud service provider’s best interest to fix it as fast as possible.

How Cloud Penetration Testing Can Benefit You

In the fast-paced digital age, where business life and personal life are intrinsically linked, it is challenging to remain prepared for all cyber attacks that come our way.

But it never hurts to sharpen our senses. Regularly carrying out cloud pen-testing will ensure that the security team, and the organization, are on top of their game.

It may come down to “expect the unexpected.” Still, with pen-testing, you will mitigate the chance of unheard and unseen threats completely wiping out the operational capacity of your business.

Breaking down the benefits

This and more are some of the benefits your organization will experience with cloud penetration testing.

Leverage the wealth of information from our blog and learn all there is to know about penetration testing here.And for all the rest, leave it up to us. RSI Security is the nation’s premier cybersecurity provider. Are you looking for a cloud penetration testing service? Then don’t hesitate and get in contact with us today.

How Does an External Penetration Test Work?

What Are the Different Types of Pen Testing?

What is the NIST Penetration Testing Framework?

How to Conduct Wifi Penetration Testing 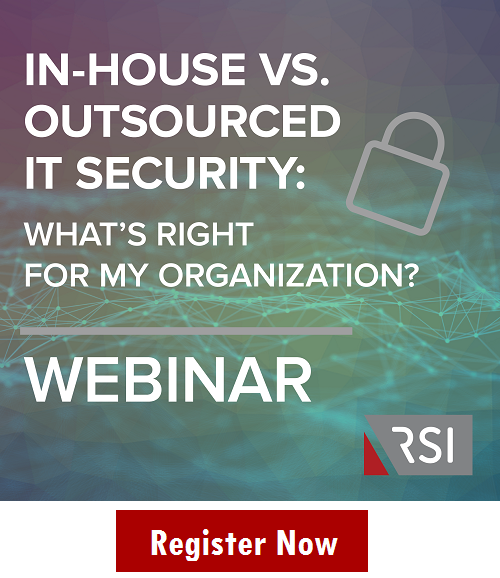 Prevent costly and reputation damaging breaches by implementing cybersecurity best practices. Get started with our checklist today. Upon filling out this brief form you will receive the checklist via email.