Have you ever thought about what it would be like to be a hacker? A possible fantasy for some, but a nightmare to be on the receiving end. Infrastructure penetration testing works best when you think like a hacker. And the best part is that it is entirely legal and boosts your organization’s cyber resilience.

Read on to find out what penetration testing is all about.

The penetration test’s primary goal is to expose vulnerabilities within the network so that you can remain one step ahead of any would-be attackers.

Later on, we will explore the methodology behind penetration testing.

Why You Need Infrastructure Penetration Testing

The real reason you will want to deploy a penetration test on your network is to test how well your cybersecurity architecture stands up to a simulated attack. You can employ the best security software solutions and organizational safeguards, but you will have to revise your strategy if it fails the test. On the flip side, if you pass, you can brag about how secure your network is, although that might provoke cyber attackers who have something to prove, so maybe keep that to yourself…

More so, a penetration test will keep your organization’s security in top shape. However, this will depend on how often you can carry out a penetration test and the simulation diversity. It is advisable to always pen-test your networks and systems after any significant update.

Depending on the industry, it is also possible that penetration testing will be required by law, ensure you are complying with regulations in your industry.

Finally, today’s interconnected businesses are built on third-party service providers, whether cloud providers or software-as-a-service. The truth is that you can’t always rely on these third-parties to provide the best security for you. And penetration tests will quickly show you if they are.

Conducting penetration tests can improve the providers’ security, resulting in a net gain for the entire ecosystem.

Some other types of pen-testing that you may encounter are:

Within the discipline of infrastructure pen-testing, there are two subcategories that pen-testing teams can carry out, and those are:

Pretty self-explanatory but let’s explore each in more detail.

Depending on the size of the organization, the list can be more extensive. The easiest way to categorize if something is part of the internal network is to ascertain if the system, network, or asset ever reaches the end-user/customer or any third-party. Or if the end-user or customer ever interfaces with it. If the answer is no, then it likely forms part of the internal corporate network.

The internal pen-test will expose any vulnerabilities or threats that lie within the internal corporate network.

Conversely, the external network will involve any asset that is internet facing. This means that access to those systems and networks is available to anyone with an internet connection. Some examples of this would be:

Regardless of whether you are conducting an internal or external network test, the methodology and goals widely remain the same. Before building a plan, understand why you are carrying out the test.

It can be a waste of resources if this criterion is not met. Think about the goals and potential outcomes you would like the test to achieve. As mentioned previously, penetration testing after a significant update is advisable, and a goal of that could be “assessing the security discipline of the developers” as an example.

This also doubles up as the test parameters, measurables, or observables of the test.

Once you have clearly defined the goals, outcomes, and parameters, you can begin to develop a plan of action, which will be your infrastructure penetration testing methodology.

There is a standard approach that many pen-test teams will use, which we will discuss in the coming sections in a step-by-step guide.

This stage is all about poking and prodding the system or network you are testing and getting to know your “enemy” before you strike. Recon is often carried out during military operations to scope out any obvious weaknesses before carrying out the attack.

The same is true in penetration testing; expect that we are all friends here and no one will get hurt.

During this initial phase, the pen-test team’s job is to casually observe and understand the organization’s inner and outer workings (if testing both internal and external networks).

Some of the tasks they will be executing are:

These are but a few examples of information gathering that can occur during the recon phase. As you can see, it can be a very involved process, but it is vital to the penetration test’s success.

The more information gathered, the better the results of the test will be.

Using information gathered from the previous step, the team can test suspected vulnerabilities and scope out applicable threats.

In essence, this means that pen-test teams will often already know of specific vulnerabilities that exist for networks and systems you might already employ. The team will brainstorm and use scanning techniques to test the system’s integrity lightly.

The returning results should indicate any weak points that could be exploited in the test’s later stages.

For example, on an internal test, the team has gathered information on the staff break cycle and know that certain workstations are left unattended for a brief period. For the test, it might be just enough time to access the workstation remotely and deploy an executable file before any suspicion is raised.

These kinds of things that teams will be looking for will help them carry out the exploitation phase test.

The Right Tool For The Right Job

After threats or vulnerabilities have been detected and analyzed, it is time for the pen team to pick which testing tools will work best for the job.

There are many pen-test tools on the market; it is a matter of finding the right ones to suit the needs of an infrastructure pen-test.

Let’s assume that during the threat detection and vulnerability analysis phase, it was discovered that organizational accounts did not have any multi-factor authentication security. The pen-test team could then attempt to crack corporate accounts using brute-force attack software, adding that tool to the arsenal.

It is essential to document the tools used and get them signed off by the IT department during this phase. This way, both teams can agree on which tools will not put unnecessary strain on the network or system.

The documentation will also be used in the reporting later.

Now comes the fun part of the test, the exploitation phase. This phase is all about simulating an attack. By now, you should know the system’s vulnerabilities through your astute recon; you have picked the right tools for the job, and now all that is left is to exploit those vulnerabilities and see how far you can go.

This would be the actual penetration part of the penetration test. Essentially, the team would be looking to see if:

In particular, point two is of concern because it could elevate the team to admin privileges in specific circumstances, leading to potentially catastrophic outcomes.

During this phase, the pen-test team will just have to sit back and watch the process unfold and take note of the organization’s responses and reactions and then bring us into the last phase.

The final stage is to report findings to the organization so patching and fixing can begin. Using all the information gathered during the exploitation phase, the team can create a report.

The reporting will generally include:

With this report, the penetration testing team will then suggest a future course of action. It will consist of ways to patch the vulnerabilities and how to avoid them in the future. And how to improve the security awareness of the staff if that was part of the internal test.

They might also provide a risk analysis of each vulnerability.

Benefits of Carrying Out Infrastructure Pen-testing

Those are the critical elements to infrastructure penetration testing, but how does that benefit you?

You should carry out infrastructure penetration testing on an annual basis. Consider building into your overall organizational risk strategy.

If you are looking for a tested cybersecurity and penetration testing partner, then look no further. RSI Security is the nation’s premier cybersecurity provider. With an extensive client base and security knowledge, we are confident that we are the right partner for you.

Get in contact with us today, and schedule a consultation.

How To Conduct Cloud Penetration Testing

How to Conduct Wifi Penetration Testing 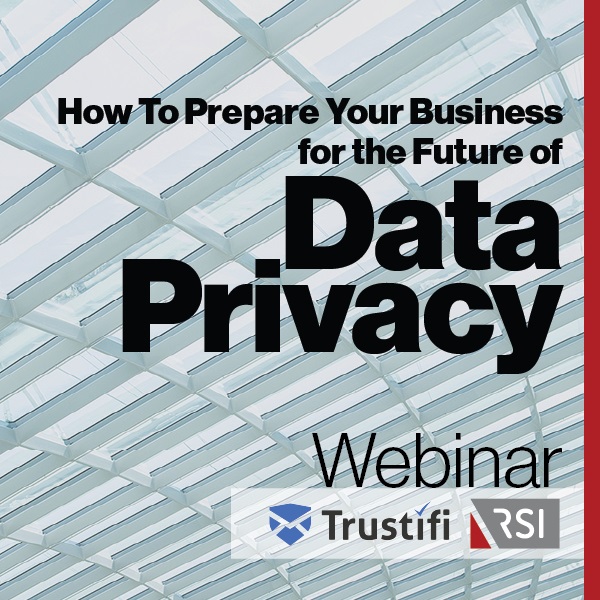